Most of the digital assets are still trading in the negative as the general downturn in the crypto market continues.

Thus, the Coinmarketcap data proves that the SHIB community has grown by nearly 30K members in the past 30 days, with more people increasing their SHIB holdings as the price of the meme-themed token keeps falling. 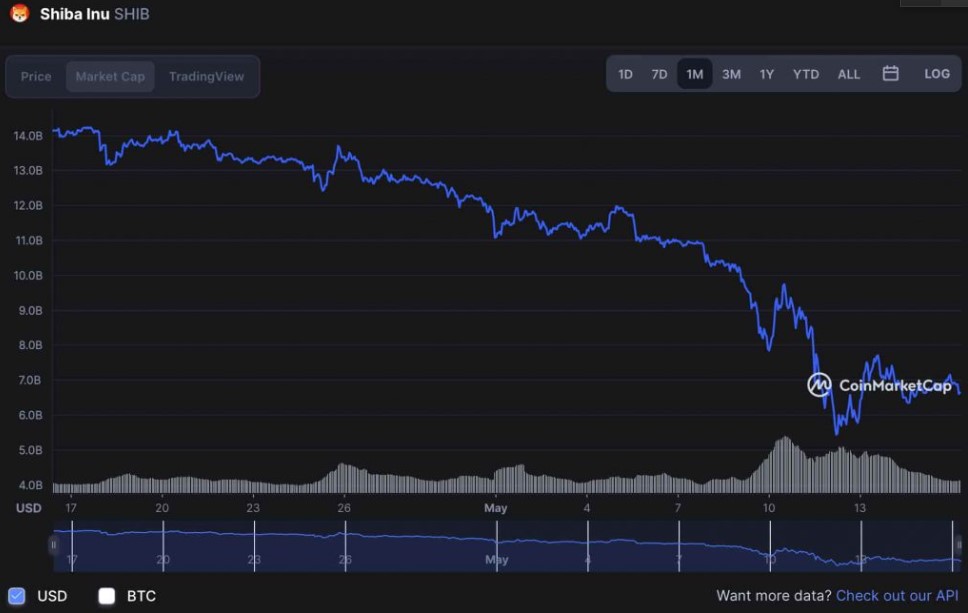 SHIB Community Burns Over 2.17B SHIB Tokens In Seven Days

The SHIB community continues to make efforts to improve the value of its native token by reducing its supply circulation. Over the past seven days, the SHIB army has sent over 2.18b SHIB tokens to dead wallets in 155 transactions.

During this period, the top two SHIB burners were SHIB burn games (owned by Travis Johnson) and 1CENT (a SHIB-inspired token). On May 15, SHIB burn games revealed that it burnt a whopping 283m SHIB tokens in one transaction. The firm further provided evidence of the burn using screenshots and a transaction link.

The company also claims that the ad revenue from all its games, including the popular ones like Brick Buster, are invested in SHIB token burn. Conversely, 1CENT organizes SHIB tokens’ burn event weekly, and the 1CENT team disclosed that it burnt over 34.24M SHIB tokens this past week.