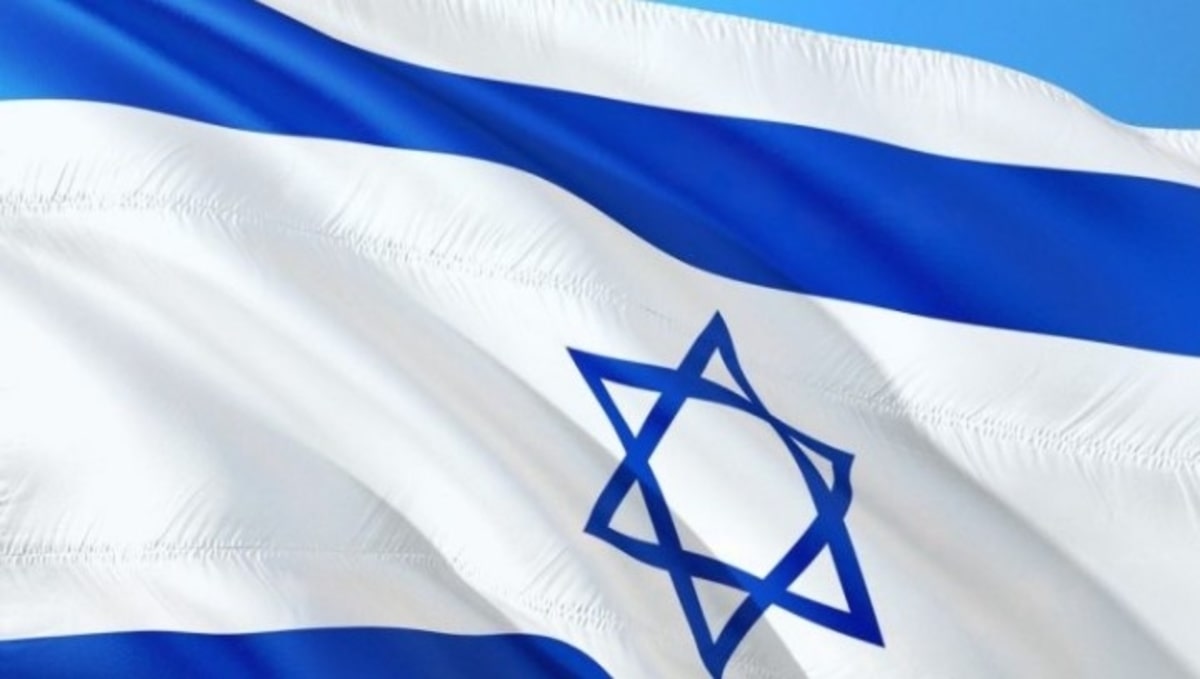 Israel continues its battle against the illicit use of cryptos, specifically cryptos, to finance terrorism. Hence, it is no wonder that defense minister, Benny Gantz, has ordered that 12 bank accounts and 35 crypto wallets be seized as they are linked with terrorist activities.

The Shamlach Family And Terrorism Funding

Isreal’s National Bureau for counter-terror financing (NBCTF) tagged Al Mutahadun exchange as a terrorist company after the NBCTF (in partnership with Lahav 433) discovered several million-dollar transfers from Iran to Hamas through the Shamlach family companies. Shamlach has been making the news for some time. Last year, the NBCTF seized 23 tons of chocolate to be exchanged between Al Mutahadun and the Arab training company of China.

The NBCTF discovered that the import was a hoax for terrorism funding as Zahir Younes Shamlach owned both companies. The plan, which was brought down by the NBCTF, was for the funds from the sales of the chocolate bars to be used for terrorism financing, mainly arms ammunition for Hamas’s military wing. This latest seizure is the third time the NBCTF is seizing crypto funds linked with terrorism.

Last July, the NBCTF tracked crypto transactions and movements using proprietary blockchain tech, the open-source intelligence tools (OSNIT). The image below is Chainalysis’ explanation of how this tool was used to monitor these crypto transactions effortlessly. 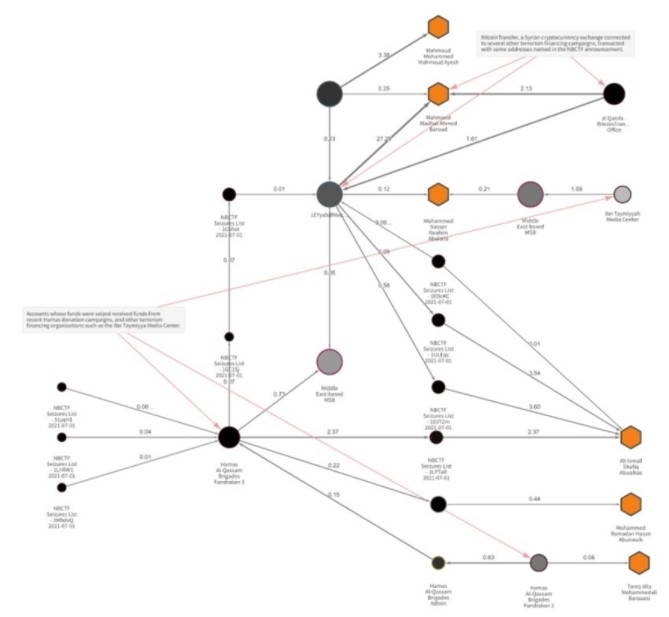 The analysis depicts how cryptocurrencies move until they get to the receiver for terrorism purposes. Asides from BTC, many other cryptos were also used for this purpose. Some include ADA, BNB, USDT, DOGE, and XRP.

The Israeli government reiterated its commitment to tracking blockchain transactions used for funding terrorist groups (including the Hamas group). Hamas isn’t the only terrorist group using cryptos to fund terrorism; Al Queda also does likewise. Many of their recruits are through telegram and social media platforms, especially Facebook groups. Many financial watchdogs closely monitor crypto transactions in their states to prevent terrorism funding.

Terrorism funding through cryptocurrencies has been a concern for many authorities. Thus, it is one of the reasons Canada is expanding its anti-money laundering policies to include terrorism financing laws, primarily through the use of crowdfunding platforms. Canada’s finance minister, Christia Freeland, announced at a recent press conference held last week.

Freeland disclosed that the move became necessary because the current Crime and Terrorist Act (CTA) do not fully cover fundraising through crowdfunding platforms and payment service providers. She further mentioned that all financial institutions, including crowdfunding platforms and payment service providers, must have an operating license issued by FINTRAC. Also, they are obligated to report any massive or suspicious transactions to the financial watchdog.