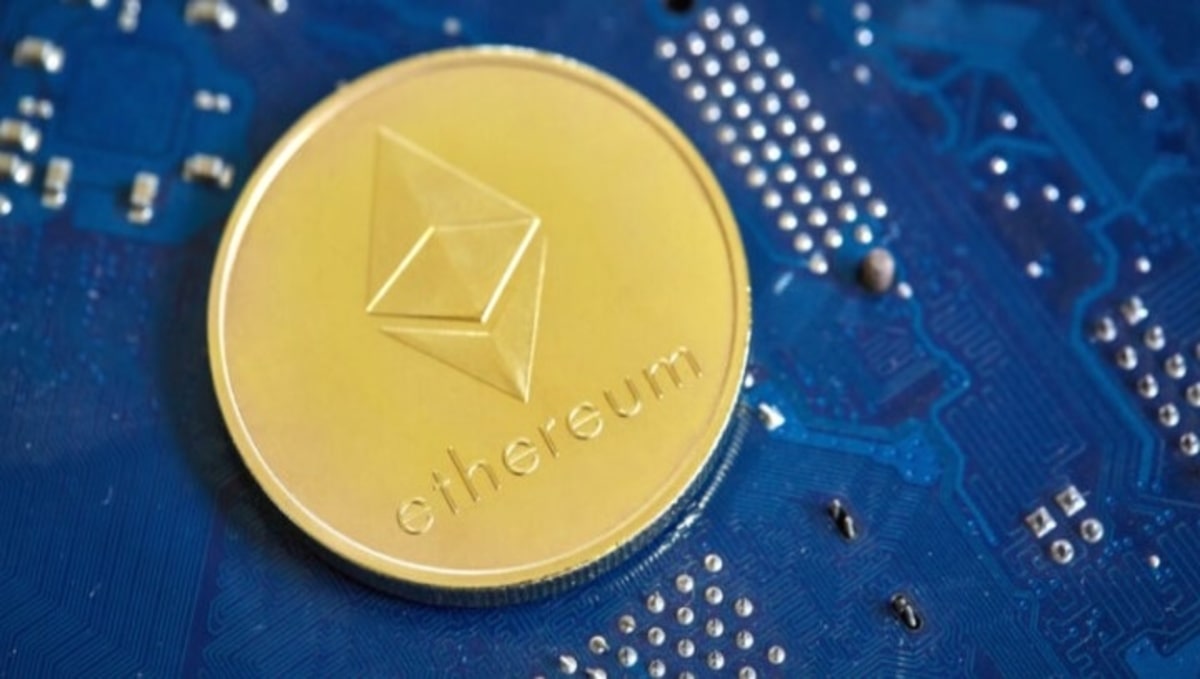 Over the last couple of weeks, the price of the second largest crypto (ETH) has spiked seriously, rising by up to $1K to end the month at $3.4K.

The significant price increase is hugely remarkable given that Ethereum had just hit a 3-month low earlier this month. However, Mike McGlone, one of Bloomberg’s senior commodity analysts, opined that ETH price will keep rising as the token has become “the internet’s collateral.” He also claimed that “the huge demand for ETH comes amidst a reduction in its supply circulation.”

He said, “the demand and supply curves for Ethereum are trending along opposite directions. However, further price appreciation will likely happen because the network is at the forefront of the global digitization of finance. Ethereum is the most used tokenization platform and hosts the highest number of NFTs and DeFi projects. Hence, it can be regarded as the ‘internet’s collateral.'” McGlone’s assertion that Ethereum is the internet’s collateral is based on these facts.

The current CoinMarketCap data shows that ETH price gained about 0.58% in the last 24 hours and 12.03% in the last week to now trade at $3.42K. This price uptrend is remarkably different from the Ethereum price increase of about $490 for 30 days before this month. 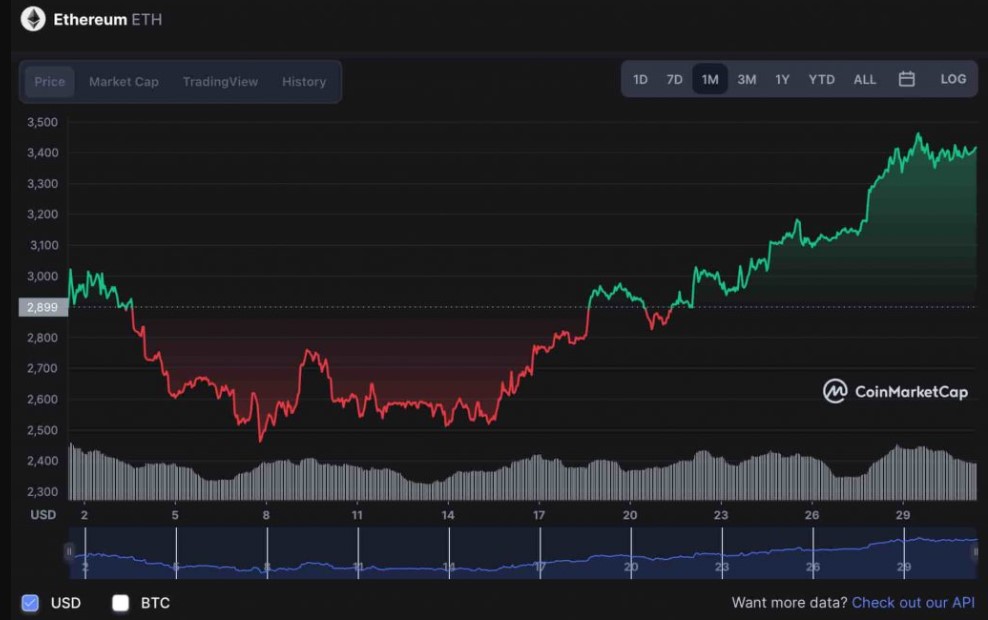 It is worthy of note that Ethereum’s overall evaluation surged by more than $30B over the last seven days alone. The market cap increase from $346.8B to $377.2B in the period mentioned might not be unconnected with the hype surrounding the network’s switch from a PoW to a PoS. Popular crypto expert Micheal Van De Poppe remarked, “it is likely that ETH will hit the $3.6K level. But that level will determine whether it will experience a price correction.”

You’d recall that ETH’s outflow from exchanges this month has been the largest in the last few years and only about 12% of ETH’s circulating supply currently resides on exchanges. Some analysts agree with van de Poppe as the market seems bullish for this digital asset. ETH’s overall evaluation is far higher than most of the biggest financial companies and fintech firms.

The Switch To Altcoins

The recent CoinGecko data shows that the BTC dominance index dropped by 0.65 points to about 42% as altcoins gain more strength against the leading digital asset, BTC. CoinMetrics data revealed that ETH and BTC miners earned roughly the same amount (about $3.5B) over the last three months, proving the shift in investors’ sentiment toward altcoins.

The crypto fear & greed index also showed neutrality, confirming Coingecko’s earlier assertion. The index reduced by three points from 54 to 51. The ForexPro team also concurred with the stats above, saying the shift from the predominant investment in BTC shows that there are no considerable fears in investing in the sector instead of what was obtainable a couple of years ago. A recent StarkWare survey showed that more than half of the entire American population considers digital assets the future of finance.