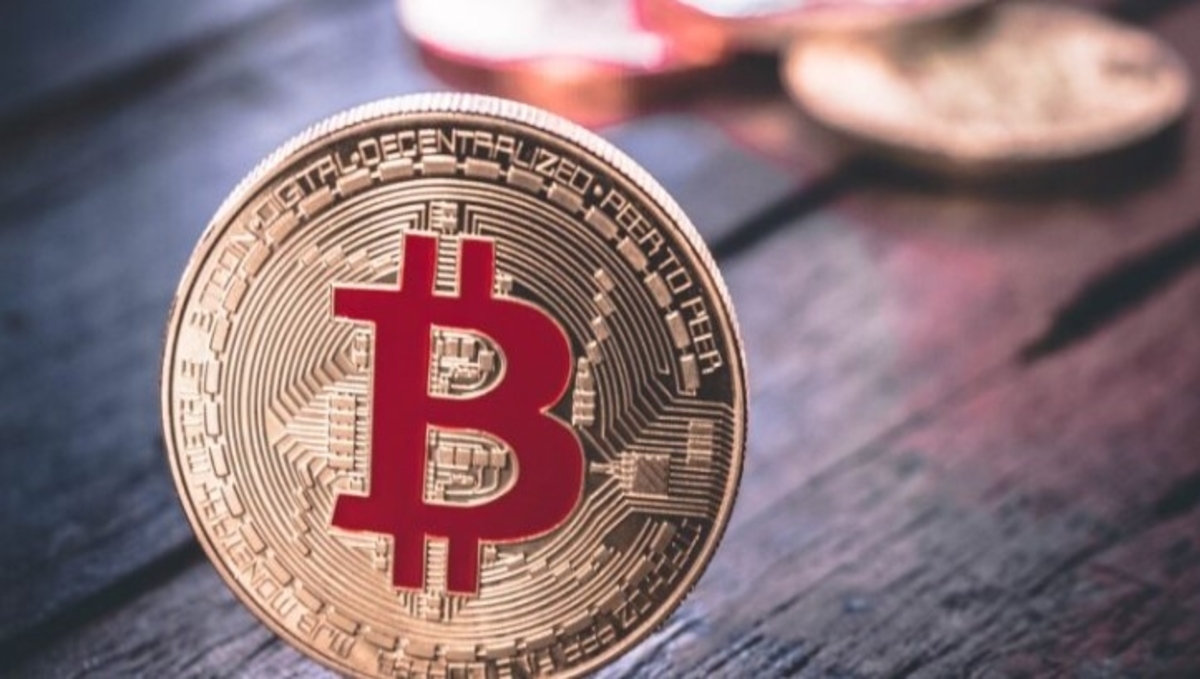 The high rate of energy consumption and a negative impact on the environment is why many authorities are considering a ban on pow blockchains. However, the new data by the bitcoin mining council (BMC) has proved otherwise.

The report, shared on Monday, revealed that the BTC network’s electricity consumption has decreased by nearly 26% since the beginning of this year, a stark contrast to the network’s energy consumption within the same period last year. The BMC is the umbrella body for all BTC miners, and together, they account for 50% of all BTC mining that takes place globally.

Highlights Of The Report

The report summarizes the group’s poll of its members who shared their energy consumption rate, energy sources, and hashrate.

The group’s chairman, who also doubles as the Microstrategy’s chief executive, said, “our survey revealed that there had been a 24% improvement in the 12-month improvement in BTC network’s hash rate and other security. Also, energy consumption within that period has reduced by 26%.”

“Furthermore, we discovered that the network has been 64% more efficient than last year. This increased efficiency can be attributed to various factors such as improvements in BTC mining techniques and semiconductor technology, cleaner and more sustainable energy sources, china’s ban on crypto operations, and an influx of crypto miners into the North American region.” 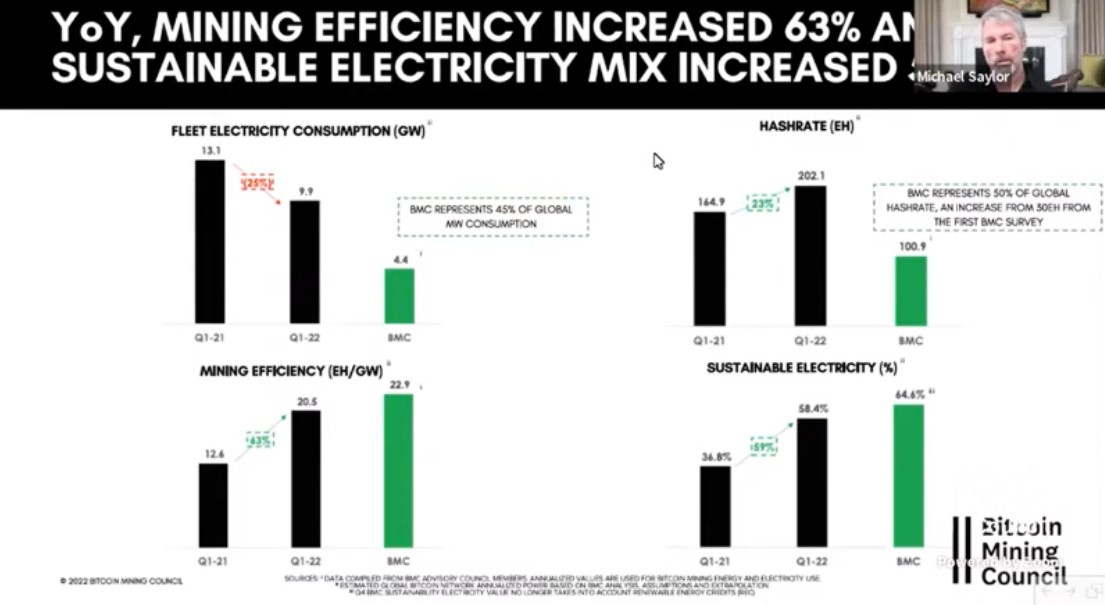 The report further added that BTC mining consumes 16bps of the world’s energy, almost a negligible amount. Also, mining of the leading crypto results in 8bps carbon emissions, an amount that doesn’t have any significant negative impact on the environment. Saylor further said that BTC’s 59% energy mix ranks it number one among other cryptos in the industry. 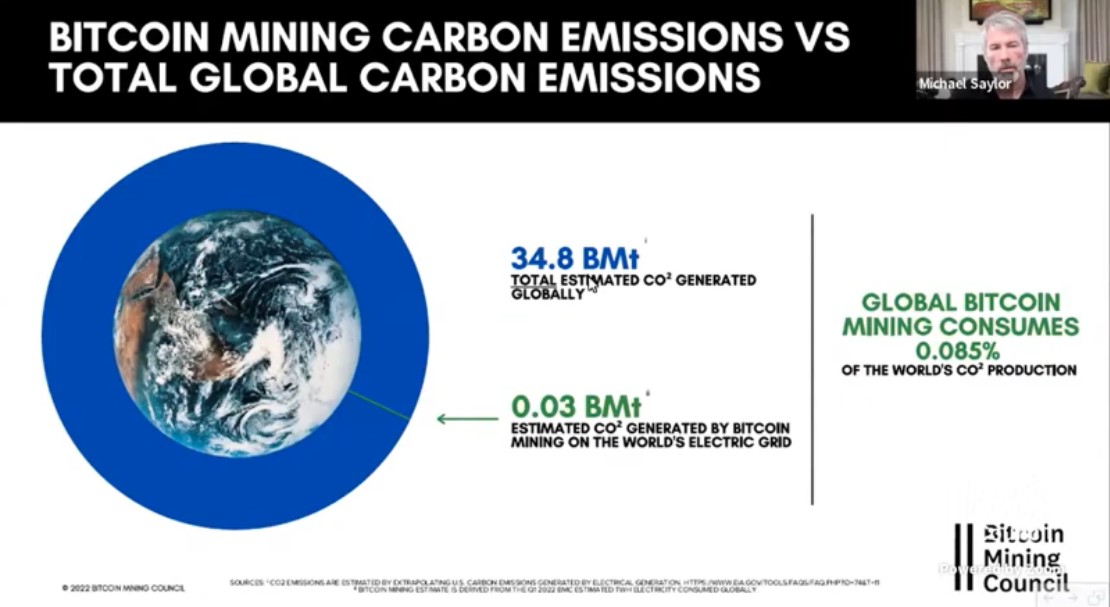 As previously reported, the legislators expressed their grievances to the EPA on how the mining of cryptos using the pow mechanism consumes huge amounts of energy. Last month, the New York state assembly debated whether to ban crypto mining in the state completely.

However, many of the top crypto players in the state campaigned against the adoption of the controversial bill. They claim that a ban on crypto mining will disrupt the growth of the nascent industry in the state.

Despite their campaign, the committee on the matter has completed its work and will send its submission to the state assembly floor before the end of this week. Nevertheless, several us cities, such as Fort Worth, Texas, are developing crypto-friendly policies. Crypto mining, especially for those using the pow consensus, will remain a debate that cannot be solved unless there are proofs that such mining utilizes clean energy and consumes much less energy.